The 2015 annual report is in the framework of ideas and technology roadmap in 2014,with a professional view, analyse industry trends, discriminate industry structure, clarify the thrust, carried out some exploration on the content in the form of presentation style, elements composition and other aspects. The report determine the compiling principles “objective and rational, independent innovation, clear source,information sharing”, therefore, report data collected job is complicated and trivial, from the beginning of 2015-2016 years continued, To secure report not subject to the published time limit of economic and social development information data of each city, writing group sync up to outcome the current scale after endless discussion. Report of architecture, although thirsty, but the expression, elaborate ideas,depth of content analysis is still inadequate, now draw support from by urban underground space-related industry line sites, dedication to the community, we fortunate to removal of references by practitioners and followers.

Since the beginning of October of 2015 , “China Urban Underground Space Development Report” (Public Version) released in Urban Planning Society of China, China Rock Mechanics and Engineering Society and other official website, had get widespread concern in society, then urban underground space industry-related websites reproduced , a number of media and institutions contact the report writing group through various channels, consultation, contact information and intellectual property related matters.Thanks for teachers of Tongji University Press taking the time among numerous network, agreed to publish the report the first time. Therefore, this rush for a small minority of self-entertainment, had the opportunity to to share information and experience accumulated over the years our perspective by a traditional referral.

About the title, since the 2014 annual report only published online for the present, there is no intention to publish, Although the name White Paper is generic for the printing, but does have overstepped too. Thus, the 2015 annual report changed its name to the “Blue Book.”

About the content, due to 2015 annual report have been prepared on the idea of ​​change, a lot more than the 2014, to improve the quality of published works for the market, the public version of the content is in concluding text and graphics which is more readable. In addition to retain more data analysis, process analysis and biography in the printed version,and a”Urban Underground Space Planning Technical Guide” annexed to the report, for the exchange of relevant practitioners shared use.

When the publication of the public version, the print manuscript has deliver to Tongji University Press published subsequently. Stay tuned.

Cao Lubao made important directive that one current top priority is to accelerate planning of underground space,underground space development should be combined with the requirements of construction and development needs of the region, the development of appropriate and rational distribution, strengthen communication, composite use, a reasonable layout, indicators of scientific, economic and feasible program of action to build Nanjing “economic hub platform”, “three-dimensional ecological city”.

(1)Compositive management group of Underground Space of the Chinese Academy of Engineering investigated in Shenzhen,2008

May 2010,organized staff to visit the Shanghai World Expo, in particular the underground development and utilization of Expo Axis

March 2011,inspected the urban planning and construction as well as underground development and utilization of Shenzhen,Hong Kong and Macau.

April 2014,organized staff to visit Paris, Brussels, Amsterdamthe and other cities，especially the historical and cultural preservation, development and utilization of underground space and submit the investigation report,enhancing our awareness of innovation.
Paris,France 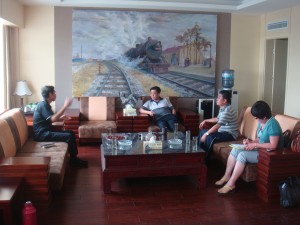 (4) in November 2011, with part of demonstration experts of the air defense project planning for Fuzhou 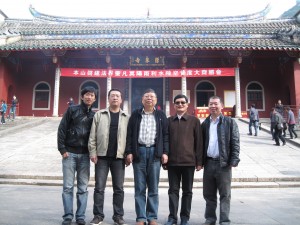 with part of demonstration experts of the air defense project planning for Fuzhou
(5)Standard for Basic Terminology of Urban Underground spacePlanning – by MOHURD,2013 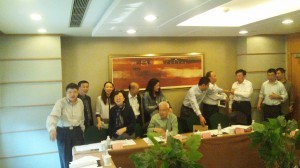 4.Teamwork
Internal discussion on the specific planning projects to enhance the sense of teamwork.